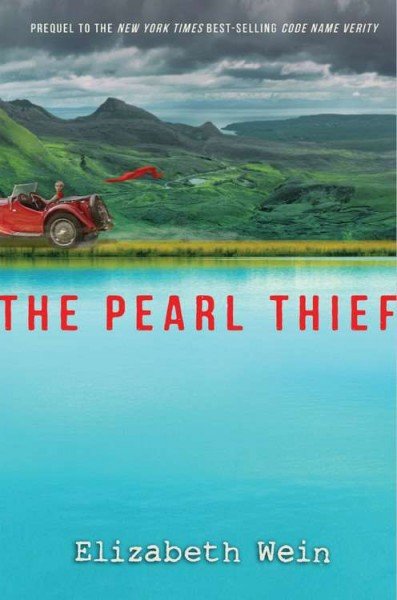 My review of Elizabeth Wein’s The Pearl Thief — a prequel to her 2012 novel Code Name Verity — is up at NPR Books!

The wonderful Julia Rios first told me about this on Twitter — but while I was excited, I hesitated between circling it warily and pouncing it immediately. I loved Code Name Verity with a love beyond love, and the impact it had on me is one I’m still assessing.

At any rate I tried to talk about The Pearl Thief without spoiling anything about CNV, but I did find it important to talk about the effect that book had on me:

Reading Code Name Verity in one sitting kept me up until 4:00 AM, at which point I had to slip out of bed and into another room in order to sob violently without waking my partner. Its effect hasn’t left me — four years after reading it the words “stuck in the climb” and “Kiss me, Hardy!” still hook my heart into my throat. I love it more fiercely and protectively than any book I’ve read in recent memory. And I was very concerned about what a prequel would do to it.

In other news — talking of rivers — the National Capital Region has seen three times as much rain as is usual this spring, and there’s a lot of scary flooding, with a further 50 mm of rain forecast for this weekend. I’ve never seen the like. The waters at my family’s home have risen far beyond the 100-year flood line.

It’s hard not to read everything as a metaphor right now. Ten years ago there was a huge, scary fire at our house: a shed burned down, a car exploded, the flames were forty feet high. It was the same time of year, and this fire was burning while the fields around it were flooded, and it seemed impossible that anything could catch — but while the grasses’ roots were drowned, their tips were dry, and the fire spread across them easy as breathing.

Now the river by slow, relentless degrees is climbing, surrounding us, making an island of us, and it seems impossible, because we’ve known this river’s bounds our whole lives, swum in it, floated on it, and how can it behave this way, and how can we protect ourselves against it? There’s nothing against which to put our hands.

It’s strange, thinking on those two things, on fire and water, on the speed of combustion and the patience of flooding, and recalling that the Scots word for a small river is “burn.” 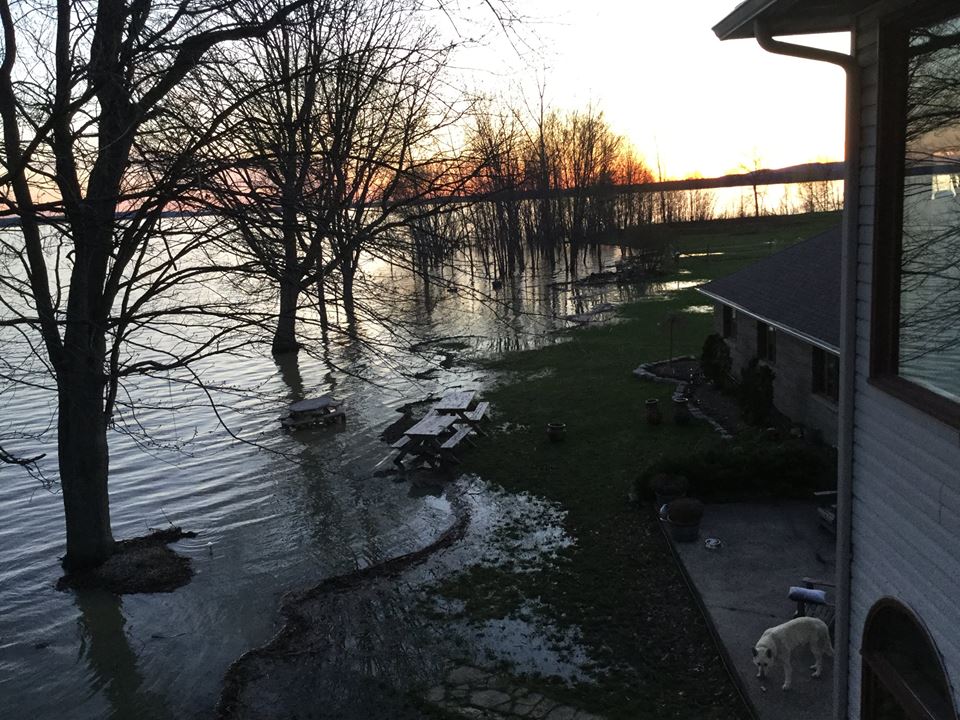