The clocks went back an hour on Sunday, and it feels very much like living in a country just aslant the usual; the light is different, briefer and brighter, coming through the windows perpendicular to my gaze. Glasgow’s autumn keeps finding ways to take me by surprise.

I’m presently slipping into pre-convention feelings of inadequacy and unpreparedness, so in an attempt to mitigate that somewhat, here are a couple of nifty things.

Last week Diane Severson Mori’s interview with me went live at Amazing Stories. We talked about my not-so-secret poetic origins, the running of Goblin Fruit, gender parity and its lack, and many other things besides. 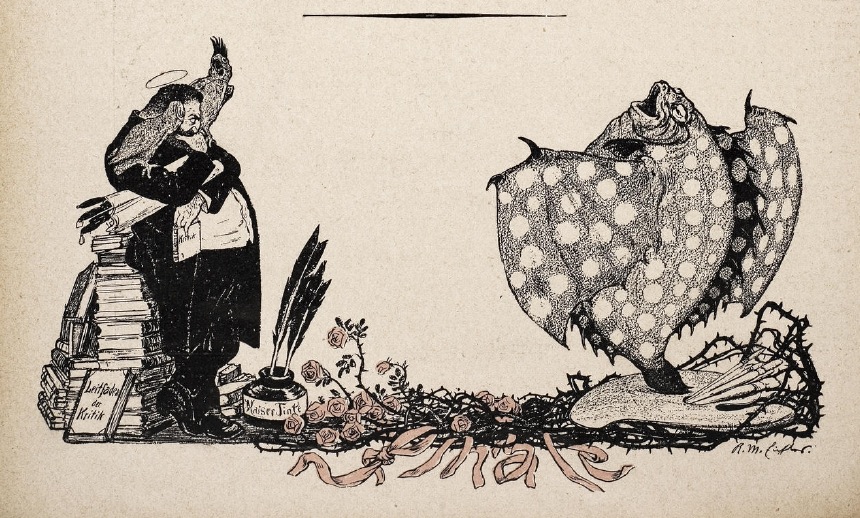 Next, “The Singing Fish,” the story I wrote for The Thackery T. Lambshead Cabinet of Curiosities in response to the image at right, is presently up at Wonderbook Now, a site full of material intended to supplement Jeff VanderMeer’s amazing Wonderbook.

In spite of having lived in the UK for the last five years, I still can’t get used to how quickly it gets dark when the clocks go back. I imagine that’s partly to do with being this far north now, but there’s something mythic about the way the light doesn’t fade so much as vanish, as if it’s been swallowed away.