So much poetry news! 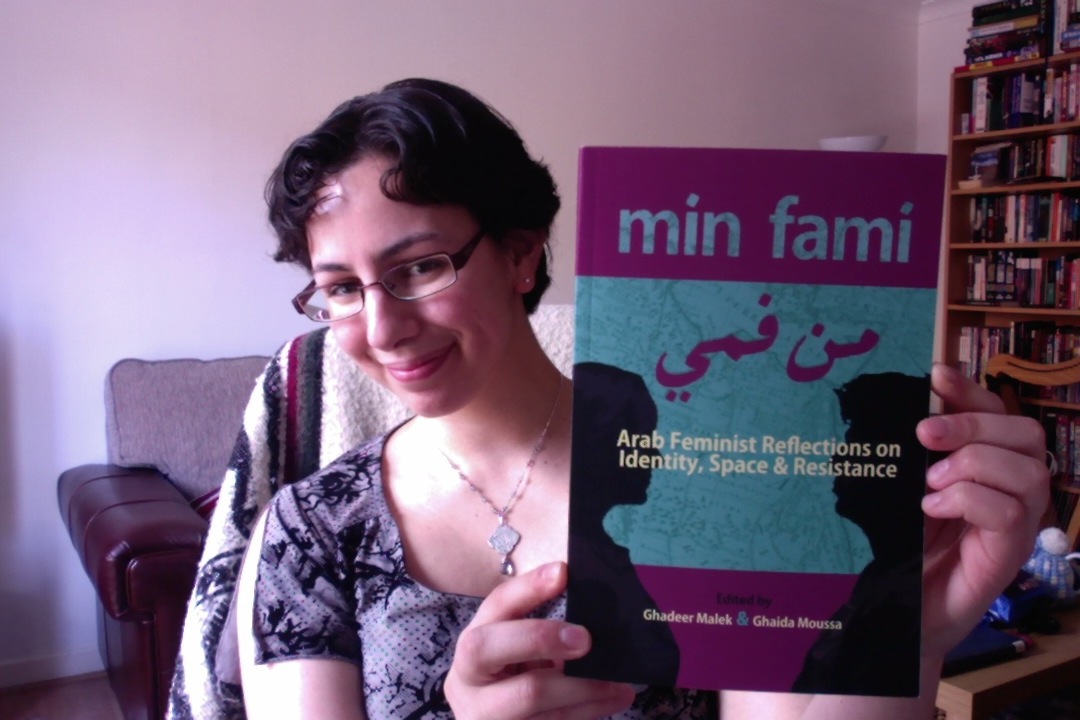 I was delighted yesterday to receive my contributor copies of Min Fami: Arab Feminist Reflections on Identity, Space and Resistance, edited by Ghaida Moussa and Ghadeer Malek. I contributed two reprinted poems to the collection: “Pieces” and “Song for an Ancient City”, which originally appeared in Stone Telling and Mythic Delirium respectively. I’m very much looking forward to reading the other contributions — they range from poetry to essays to fiction to visual art.

Relatedly, I’ve also received my copies of Mythic Delirium 30, the final print instalment of the zine, providing a special retrospective of its 16-year run — which also contains “Song for an Ancient City,” accompanied by a photo I took in a Damascene cafe in 2008. I’m very happy Mike and Anita Allen chose to include it, and even happier that Brit Mandelo considers it in her Tor.com review of the issue:

And rounding off this bouquet of poemic good news: “Turning the Leaves,” written for Lynne M. Thomas on the eve of her departure from Apex magazine, has been nominated for a Rhysling award.