First there was Heap House. Then there was Foulsham. Now the final volume of Edward Carey’s exceptional Iremonger trilogy has been released, and I’ve reviewed it for NPR Books. 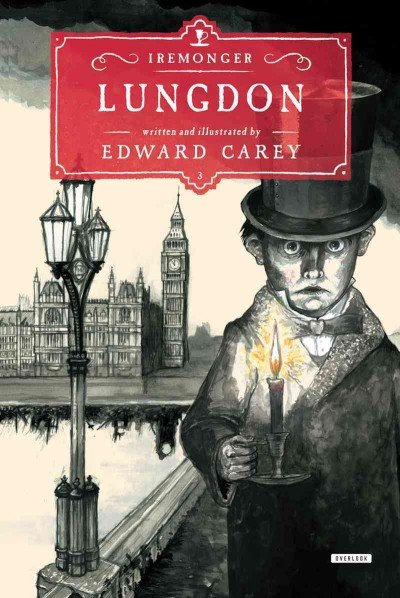 Lungdon is relentless. Peril piles on peril, points of view tilt and whirl, and the whole would be dizzying were it not anchored in familiar characters and their splendid voices — not to mention Carey’s wonderful drawings, which sometimes introduce or illuminate a chapter. Lungdon is that rare thing, the final volume in a trilogy that sticks its landing, ambitiously swelling the cast of characters and story beats before tying the action off as neatly as twist ties on a garbage bag.

Reading the final volume made me want to go back to the beginning and read it all over again. I think my favourite of the three is still Heap House, but I genuinely can’t recommend the whole enough.