In 2007, I took my first solo road trip: a five-hour jaunt from Ottawa to Saratoga Springs, there to attend the World Fantasy Convention and room with people I only knew from the internet. I was 22, had been publishing Goblin Fruit for a year, was only dimly acquainted with people from LJ, had very little notion of how I ought to behave or who to approach; I was profoundly starry-eyed, about as shy as I’ve ever been around other humans, recently returned from a year of living a very isolated life in the United Arab Emirates, awkward as anything. I left having had a wonderful time, having made friends, met heroes, made friends of heroes.

In 2015, I drove down to Saratoga Springs again, this time with the wonderful Kate Heartfield, and spent a weekend unable to keep up with all the friends in attendance, trying hard to make hugs in hallways count for all the things I wanted to say, all the gratitude I wanted to express.

There are people I met at WFC in 2007 who are now firmly woven into the fabric of my life, people I literally cannot imagine my life without. To return with those people to the same place in which I first met them, to sit in the same tea shops or walk the same lovely stretch of street, to make new memories with them and to be introduced through them to new people — how unbearably, unspeakably beautiful it all is, how wonderful.

A highlights reel: on Thursday I had just enough time to check in before scrambling into the panel I was on, titled “Magic is the essential ingredient of Epic Fantasy… except when it isn’t,” with Max Gladstone, Paul Di Filippo, and Kate Laity. 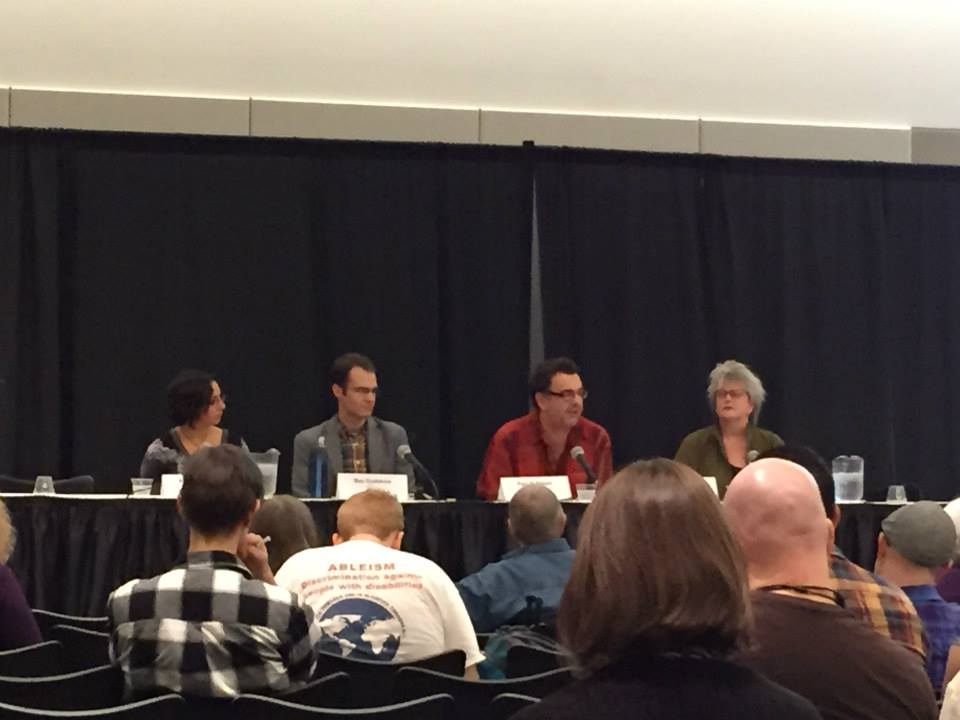 It went really well, I thought, and the audience was engaged and thoughtful and asked neat questions. And immediately thereafter I met Andrea Phillips, who offered me delicious fudge, and later I became acquainted with Maple 9, a lovely whiskey bar where I sampled a number of delicious scotches in good company.

I spent much of Friday morning and afternoon ensconced in my hotel room working (something I wasn’t alone in doing, dubious-hooray!), becoming increasingly acquainted with The Chair.

There was a chair in our room, &everyone who sat in it looked villainous. Or maybe we're all just villains. #wfc2015 pic.twitter.com/BdkPaqWEeb

But in the evening there was a mass signing event, which was great fun — besides the loveliness of talking to people who want you to sign things for them, there were drinks and a truly impressive bit of catering (tuna tartare! What!). There was an Asimov’s party where I picked up a copy of the upcoming December issue, and a birthday party for Bo Bolander, and just a revolving dazzlement of shiny happy people. Here are some of those people, inexplicably having all chosen a Teal + Mustard colour scheme for the day with no prior planning (not even the two of us who were roommates)! 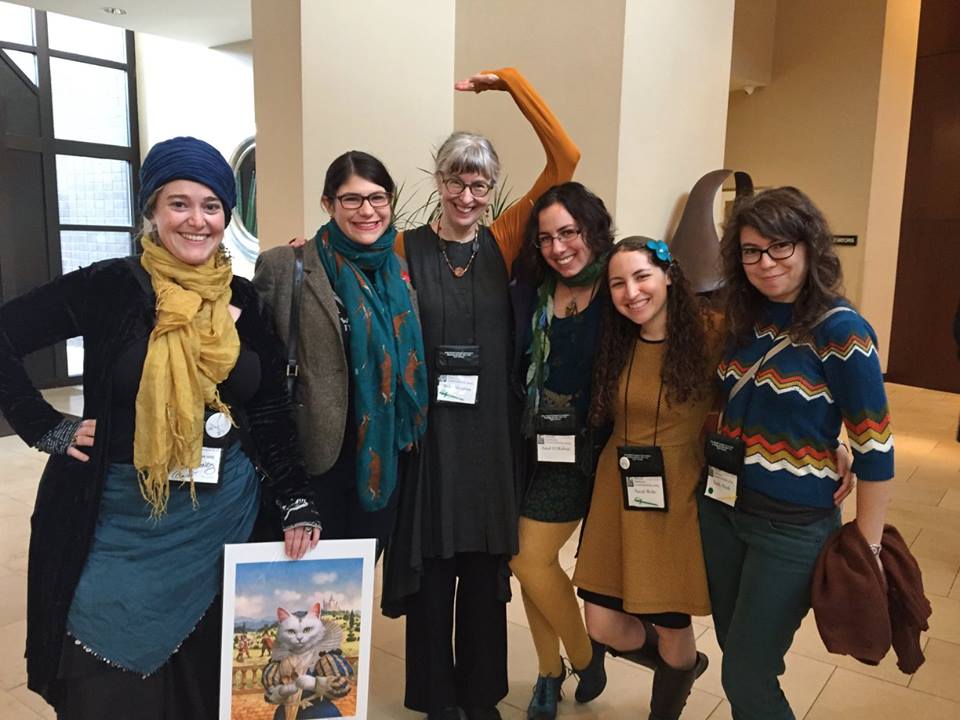 There were parties every night, and the usual ebb and flow of conversation from Party to FloorCon to LobbyCon and so forth. There were dinners, and lunches, and teas, and breakfasts, and drinks, and readings — I attended Max Gladstone’s reading from a non-Craft Sequence novel (!!!), as well as Tina Connolly and C. S. E. Cooney’s joint reading, all of which were tremendous.

My own reading was at 11:30 on Sunday, but there was some … Business to transact first.

For Reasons that will soon be made clear, I challenged Max to a duel. For the outcome, well… You’ll have to wait a little bit longer.

My reading went really well! I read “Pockets,” my story in Uncanny from the beginning of the year, and Scott Edelman was kind enough to record the whole thing.

(If you’d like to listen without watching you can do so in this podcast.)

Shortly thereafter it was time for the World Fantasy Award Ceremony, which the following photos have nothing to do with. 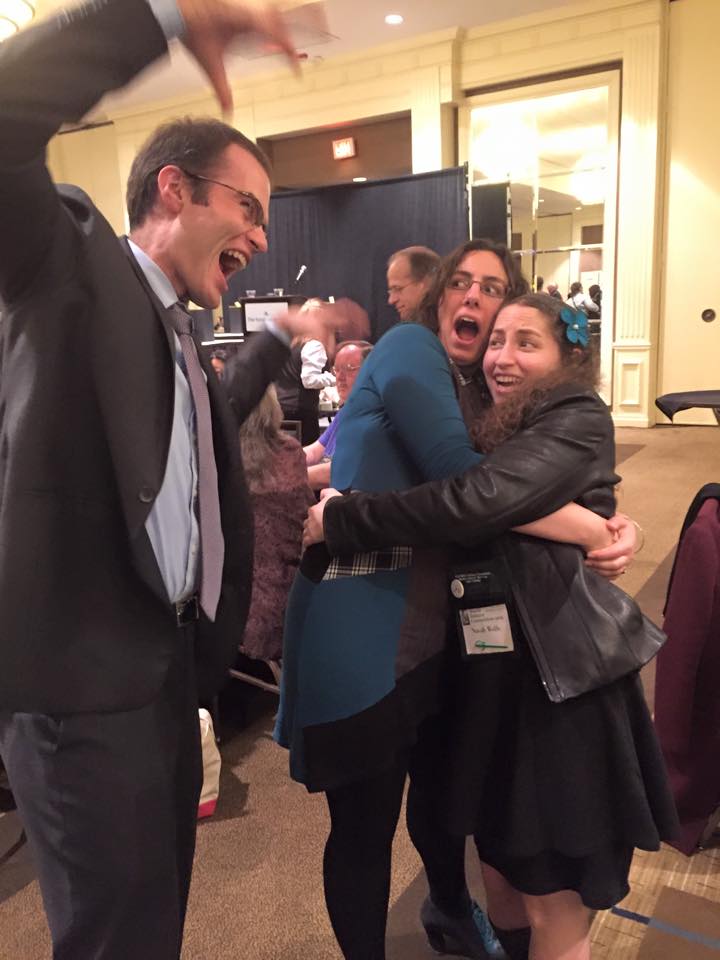 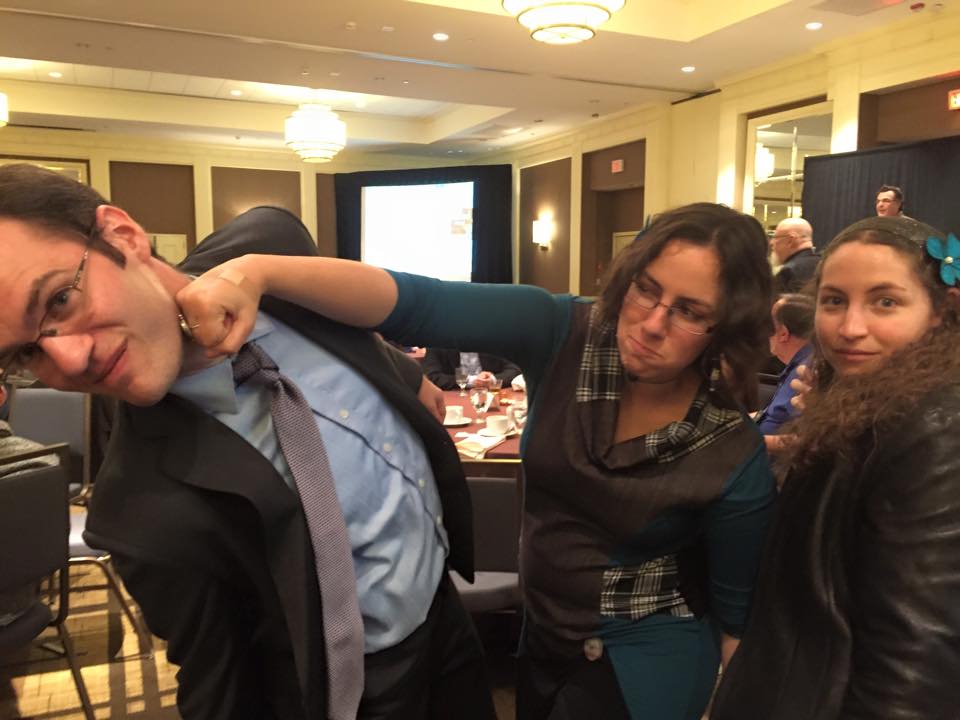 I was overjoyed to learn that this would be the last year that H. P. Lovecraft would be the face of the award, and look forward to seeing what it will be. 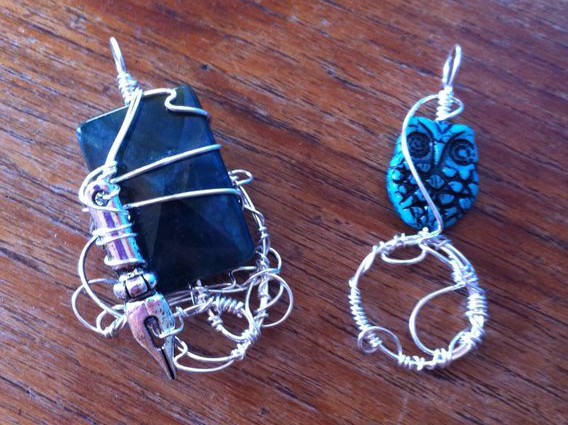 Emerging from the awards ceremony, more than a little dazed by the experience, I found Elise Matthesen and had just enough time for a squeeze and acquaintance with some of her newborn shinies — two of which came home with me. That’s “Owl with Imaginary Moon” on the right, and a pendant in the “Writing” series on the left.

And then home, and I’m still, to my shame, recovering, because apparently that’s how it works now, I need a week to recover from a weekend — except the weekend before was Can-Con, and the week before that was Boston, and the week before that was NYC, so, OK, possibly I have slightly more reason to be exhausted than I’m allowing for, but I’m exhausted and there is so much to catch up on, so I will get back to doing that.

But it was a wonderful convention, and I’m so happy I went.