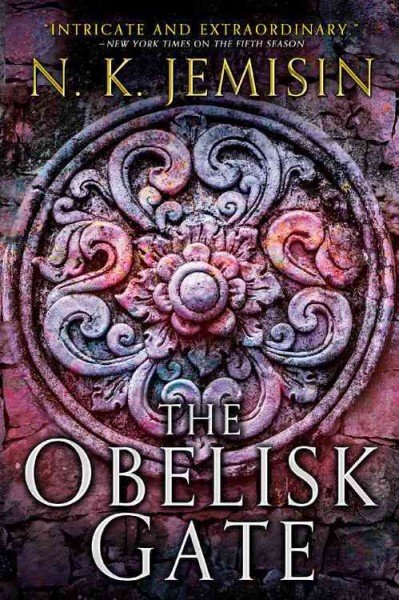 My review of N. K. Jemisin’s The Obelisk Gate — the second novel in her Broken Earth series — is up at NPR Books! A taste:

Beyond the meticulous pacing, the thorough character work, and the staggering ambition and revelations of the narration, Jemisin is telling a story of our present, our failures, our actions in the face of repeated trauma, our responses to the heat and pressure of our times.

I wish this had occurred to me to say in the review, but it’s only in disagreeing with Niall Alexander’s on Tor.com that I could articulate it to myself this way: where The Fifth Season was shifting tectonic plates, a dynamic novel of moving parts and undercurrents, The Obelisk Gate plunges deep and reaches up. In this it reminds me of the action that broke the continent in The Fifth Season, that simultaneous grasping of above and below in order to rip a landmass apart; there’s enormous tension involved in holding that pose, and while that tension’s pay-off will be in the third book, I still felt thoroughly wrung out by the experience of reading it. To fault The Obelisk Gate for not being The Fifth Season makes no sense to me.

It’s possible that this reading was influenced by the fact that I read the books back to back; I can imagine that having had to wait a year for the book might engender a different reaction, a different desire for different pay-offs. But I can’t stop marvelling at it, and where I see it going after this.