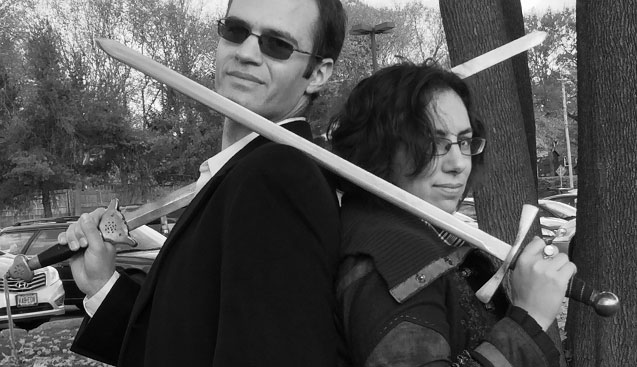 Navah Wolfe took the above photo at World Fantasy in Saratoga Springs, 2015, in the aftermath of Max and I duelling for show in the parking lot. We joked, in its wake, that we should totally collaborate on something so that we could use it as a joint author photo.

In the summer of 2016, Max and I were at a writing retreat together to do just that. We had decided we wanted to write a novella together; we had decided on the form of letters exchanged between warring parties. We wrote three of five acts over the two weeks of that retreat, one act while stealing time away from World Fantasy in Columbus last year, and the finale in late December while sitting across from each other in True Grounds in Somerville.

This will mean nothing to anyone but it is sort of representative of novella & we finished writing it under its auspices. pic.twitter.com/VZUWSe0RAq

Where it landed with Navah Wolfe at Saga Press, who’s been there with it from the beginning, and whose photo of us crossing swords will, I hope, in fact actually end up inside the fully realized physical book that you’ll hold in your hands in the Fall of 2019.

I can hardly wait. Meanwhile, you can read the full announcement on Barnes & Noble’s blog — and keep an eye out! This is the longest thing I’ve had a hand in writing to date, and the whole process of announcement, cover reveals, pre-orders, all that good stuff is totally new to me! I expect to keep talking about this in increments for a while. 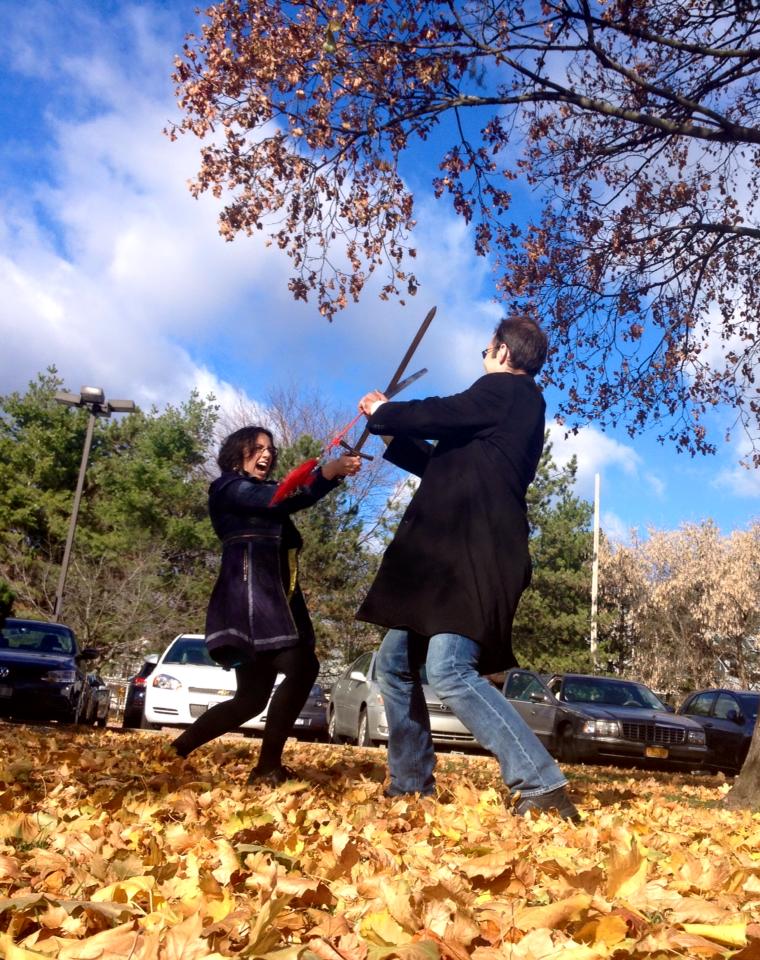