A lovely thing happened today that I want to share.

Stu’s parents were taking us to lunch at a place called THE BOTHY, and during the very nice meal we got to talking about Doctor Who. Stu’s dad expressed bafflement over the fact that the show has any female fans at all.

“What!” I exclaim. “Of COURSE it has female fans! It’s so important to so many women! I mean besides the fact that the Companions are mostly women, it’s so important to have a show where there are women whose purpose isn’t to be romanced, who go on adventures and see the universe and do things and save the world and save the Doctor because they’re fundamentally good people even if they aren’t thousand-year-old aliens with a magic blue box!”

This is not verbatim. I said a lot, very quickly, but this was the gist. I may have gesticulated a bit. The restaurant was basically empty except for us anyway.

But to my shock and delight, I heard a lovely laugh! And our waitress, from behind the bar, was pumping a fist in the air and nodding her head, and she said “YES! I feel like I’m listening to my soulmate!”

And I kind of started talking about Chicks Dig Time Lords and Chicks Unravel Time while Stu and his parents looked indulgently amused and it was fine.

But the best was yet to come, since after the meal I uncharacteristically ordered a coffee, and this happened. 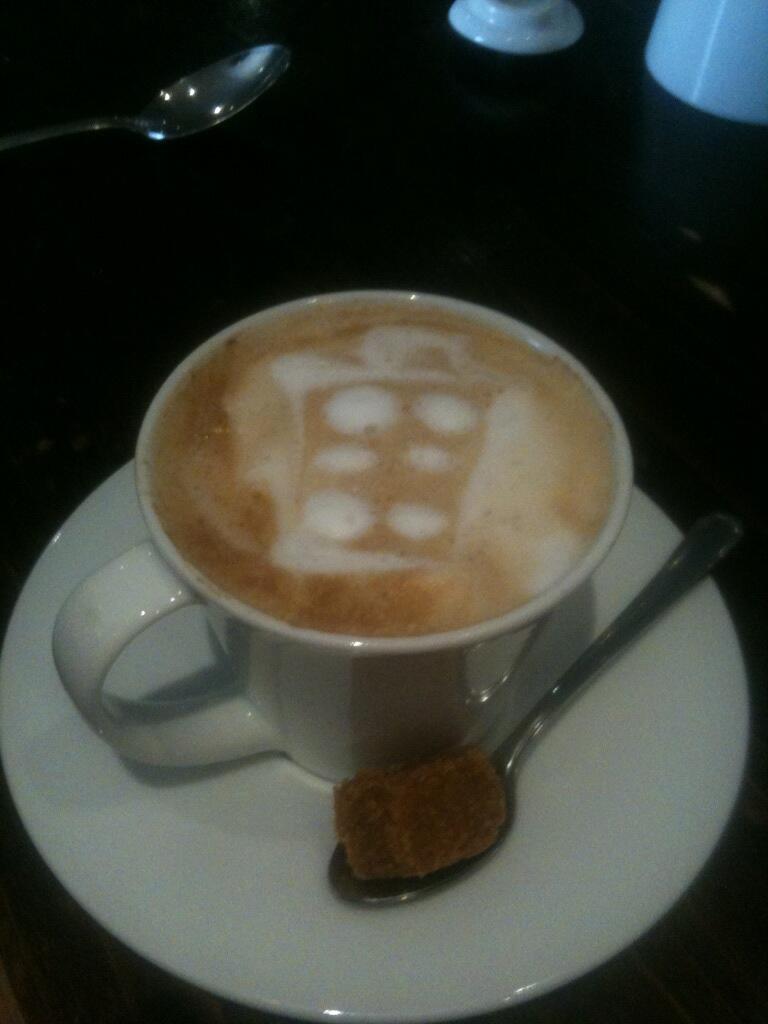 You can bet I squee’d about how my coffee’s bigger on the inside.I really kind of hope she and I get to be friends somehow.